Easy for Salsaretta in Thurles opener 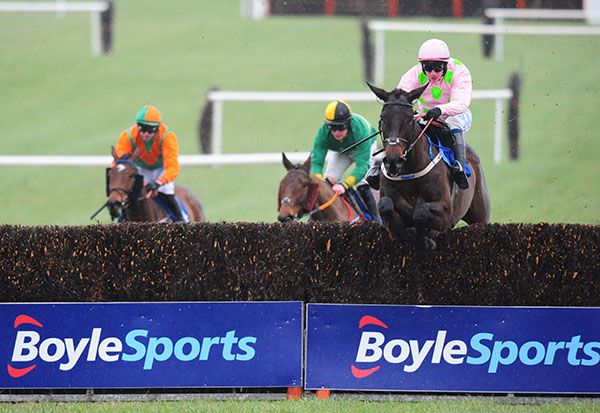 Paul Townend kept things simple on the 1/5 shot as she cut out the running in the two-mile-six contest.

The French-bred mare produced a fine round of jumping and her rivals came under pressure one by one with Caravation the last to crack two from home.

Townend didn't have to move on the hotpot in the closing stages as she popped the last to record a nine-length success.

Caravation plugged on for second, a length-and-a-half ahead of Victoria Bay, with Moskovite tailed off.

Salsaretta was making it three from three over fences and will step up in company now with Mullins saying:-

"We will look at the Grade 2 mares' novice chase at Limerick on March 15th although we have Elimay for that race too so we'll see. That is probably where we'll aim for."