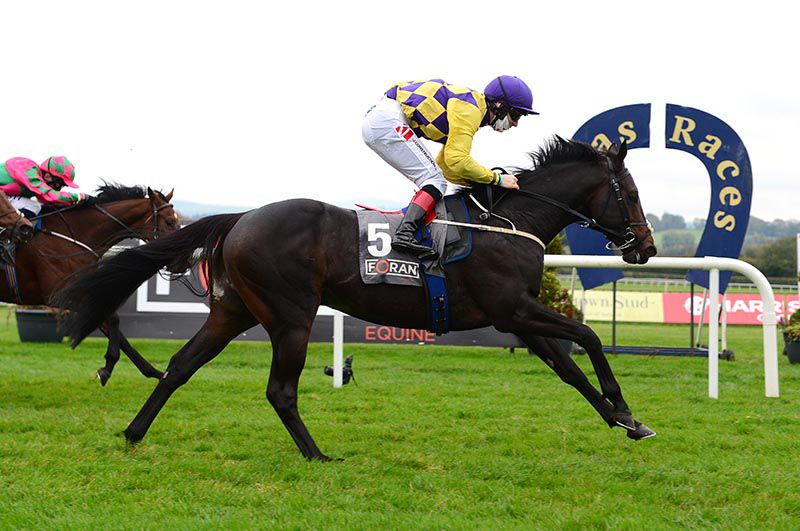 Colin Keane switched him out from behind rivals two furlongs out and he powered home to win by a length and a quarter from 50/1 chance The Blue Panther.

Vafortino (6/1) was a further half a length back in third, a place ahead of the 11/4 favourite Snapraeterea.

The winning Elzaam colt had won a leg of this series when scoring over a mile at Bellewstown on his previous start.

Shane Lyons, assistant to winning trainer Ger Lyons (a double, along with Keane, after Power Under Me in the first) said: "He was a horse that Vincent Gaul bought earlier this year from Sean Jones and David Spratt to replace Indicative Vote who was second in a Group 3 at Dundalk.

“When he won in Bellewstown the plan was to go for this race. He wants a mile but we thought with the bit of cut in the ground this would suit.

“He’ll be a lovely horse next year, is all heart and showed there that he has a touch of class as well.

“He was drawn 16, Colin dropped him in, and to be able to come from last to first you have to be good.

“All credit to Foran for sponsoring this race. It’s a massive incentive for owners and trainers to go for these races with a great pot on offer.”