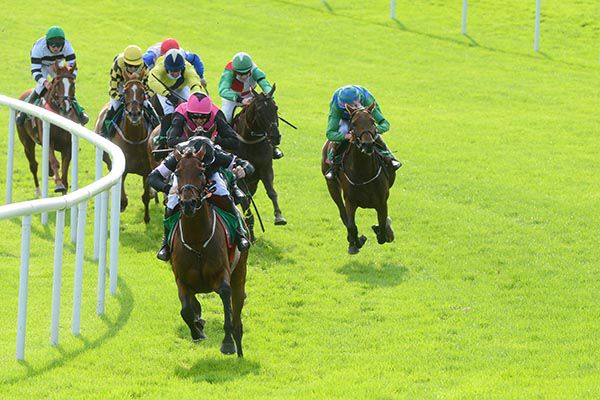 Jamie Codd moved up on the outer in the final three furlongs on the well-bred youngster, and it was soon apparent that he was travelling all over his rivals.

Asked to go and win his race from over a furlong out the Pioneer Racing-owned son of Shirocco, wasn’t long in asserting. He stayed on well to register a seven length verdict over Method Madness.

The earlier Cullentra House winners were Fancy Foundations (Jack Kennedy) and Give Him Time (Denis O’Regan).

"He's well bred and it's great for Pioneer Racing. They put a lot of money into the game, into Gordon's there, and it is nice for them to have a nice young horse,” said Codd.

"He'll progress from here, he's going to get better. He's only four. Fingers crossed he goes forward from here.

"He has been doing some nice bits at home. It's a nice horse for the boys to have.

"The pedigree is there and he liked that ground."