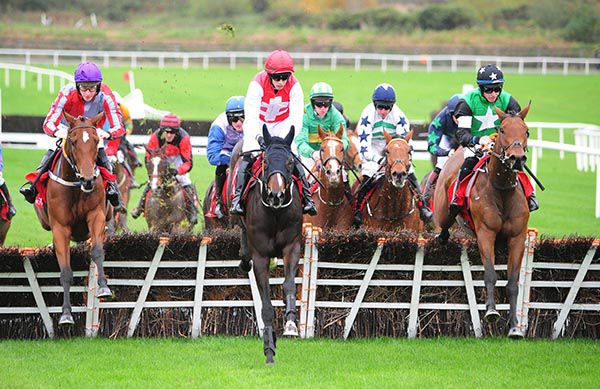 Smiling Eliza was a decisive winner of the opening three-year-old hurdle at Punchestown under Jack Kennedy.

Her task was made easier when main market rival, and stablemate, Elysian Plains was withdrawn after bolting on the way to the start but there was no knocking the way she got the job done.

She was settled behind the leaders by Kennedy before taking closer order three out.

The daughter of Rock Of Gibraltar got on terms, on the outer, at the the penultimate flight and travelled well upsides Dawn Hoofer.

The 8/11 favourite took over off the home bend and was ridden to assert approaching the last. From there the job was good one, as she drew clear on the run-in to win by six lengths.

Gordon Elliott said: “She’s honest and she tries. There is a mares’ Listed hurdle at Aintree she could go for and we’ll try and get some black type.

"She’s done more than we ever expected her to do. We’ll keep her going while the ground is good and she wouldn’t run on real winter heavy ground.

“Elysian Plains bolted going to the start and did the same for Rachael (Blackmore) at Gowran the last day. We may look at going back to the Flat with him.”