Elliott's consistent performer gets off the mark 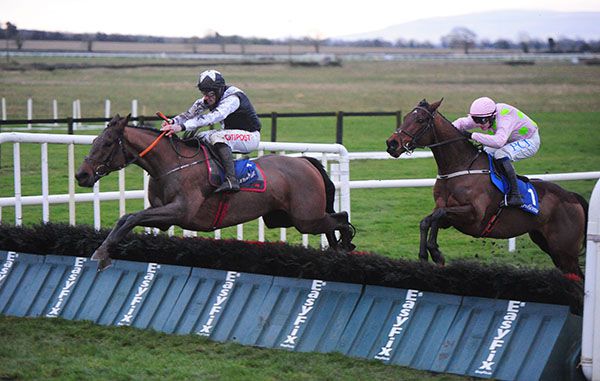 Braeside was finally rewarded for some consistently good efforts in previous races when landing the Follow Fairyhouse On Social Maiden Hurdle for trainer Gordon Elliott and jockey Davy Russell at Fairyhouse today.

The son of Presenting failed to win in five previous point-to-points and seven previous bumper and hurdle races, clocking up form-figures of '434222-224333' but today came good. Braeside chased leader Eden Flight, a previous winner and thus burdened with an 8lbs penalty, for much of the trip before jumping past at the last and eventually scoring a six lengths success.

Afterwards Elliott later said “he deserves that as he's been knocking on the door all his life. It's nice he got his head in front, the owners are good supporters of the yard.

“We'll find another little race for him, he's a grand horse and he'll be a grand big three-mile chaser one day.”