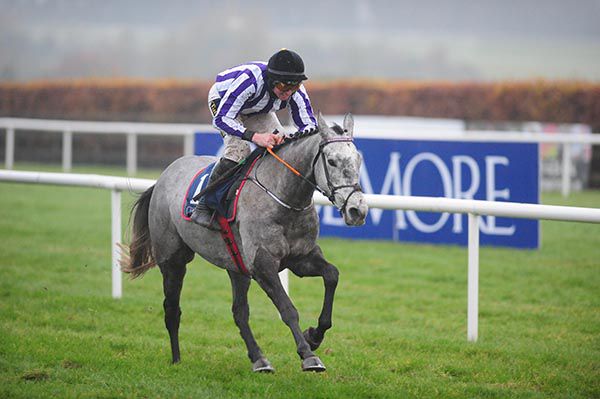 The daughter of Big Bad Bob was a Listed winner on her previous start at Gowran and today was produced under a cool ride from Codd. The pair edged into contention in the closing stages before lengthening to a six lengths win over notable newcomer and 66/1 chance Dreamingandhoping.

Trainer Elliott sent out six winners at the corresponding meeting in 2016 and following today's treble, stated “Jamie loves her and you don’t see him smiling and petting one like that too often.

“She doesn’t qualify for too many bumpers now and could go for the Grade 2 mares’ race in Leopardstown at the Dublin Racing Festival.”

Codd's description of Labaik as “one of the best work-horses I have ever seen in my life” has earned him the nickname 'The Coddfather' on the Cheltenham-preview circuit and following Bigbadandbeautiful's win today, stated “we were raving about her the day she won at Clonmel (in May) and she could be a Royal Ascot filly or something like that — she is that good.

“My main worry today was the ground and while she doesn't do anything fancy at home and is laboured, she is exceptional really.

“She can jump but I wouldn't mind keeping her to bumpers for a bit longer!”