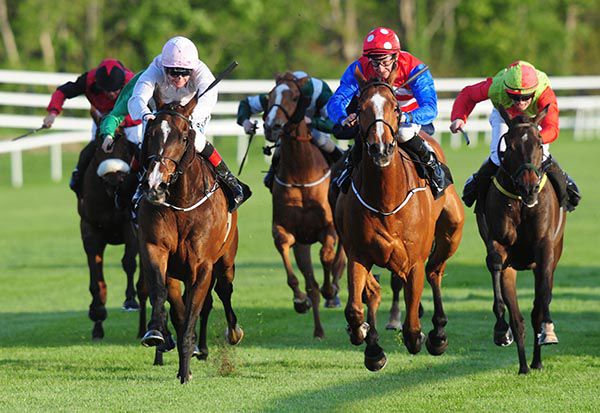 Emperor Waltz led home a one-two for trainer John Murphy in the two mile one handicap at Killarney as long-odds-on-favourite Scarpeta was beaten into fourth.

The 33/1 shot made sustained headway under Declan McDonogh to arrive at the head of affairs, full of running, with 100 yards to race. He gave McDonogh a 135/1 double having landed the opener on Zamroudpour at 3/1.

It was stablemate Nelson Road (16/1) who was mugged by Emperor Waltz with a length separating them at the line.

Art Of Security (7/1) was the same distance away in third , a neck ahead of 2/5 favourite Scarpeta.

John Murphy was attending the funeral of Tommy Wade and his son, George, said: "He (Emperor Waltz) seems to love it around here and got his ground.

"He'll go for another long distance handicap now and will jump a hurdle again in the summer - he didn't like the ground when he ran over hurdles last December.

"Nelson Road also ran a cracker and our horses are coming into a bit of better form."