Envoi on course for Punchestown 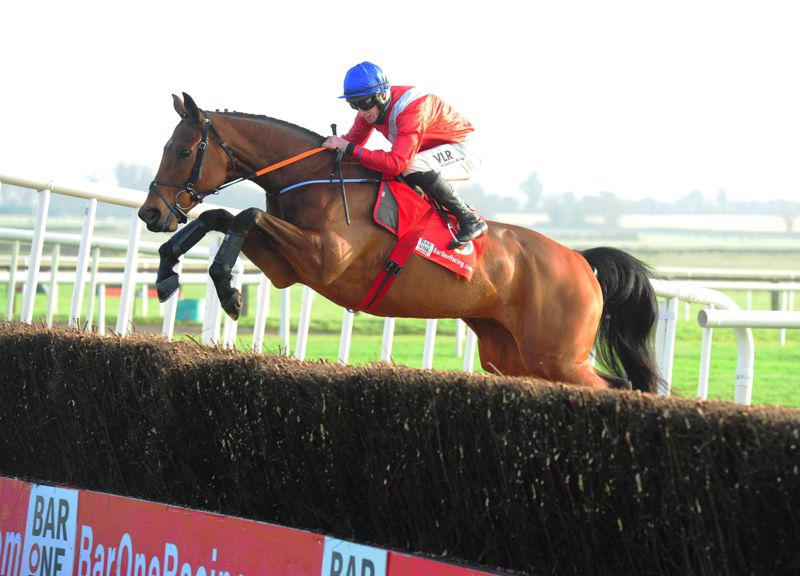 Gordon Elliott has confirmed Envoi Allen an intended runner in the Sky Bet Killiney Novice Chase at Punchestown on Sunday.

The Cheveley Park Stud-owned seven-year-old already has two Cheltenham Festival victories on his CV, having won the Champion Bumper and the Ballymore Novices’ Hurdle, and he is the even-money favourite to make it a hat-trick in the Marsh Novices’ Chase in March.

He will be widely expected to make it three from three over fences by extending his unbeaten record under Rules to 11 overall in Sunday’s two-and-a-half-mile Grade Three, where his potential rivals include his high-class stable companion Andy Dufresne.

“He has plenty of weight to give away, but we said that’s where we’ll go. It’s a nice distance for him and it looks like the ground will be grand and safe.

“I’m not sure if Andy Dufresne will run. He’s in good form — but whether we will run the two of them against each other, I’m not sure. We’ll have to talk to the owners and see what happens.”

On the same Punchestown card, Elliott plans to run Magic Tricks in the Sky Bet Moscow Flyer Novice Hurdle, a Grade Two contest he has won in each of the past two seasons with Felix Desjy and Andy Dufresne respectively.

At Fairyhouse on Saturday, the Cullentra handler has several entries for the Dan And Joan Moore Memorial Chase — while the exciting Quilixios could put his unbeaten record on the line in the ITM Virtual Stallion Trail Hurdle.

Elliott added: “Magic Tricks will run in the Moscow Flyer. He won well in Navan, and Christmas was always going to come a bit quick after that so we had this race in mind for him. It’s been a lucky race for us the last few years.

“I’ll run four or five in the Dan Moore at Fairyhouse. Chosen Mate was disappointing the last day, and maybe he struggles on heavy ground — he could be a horse for the Grand Annual again.

“I’m not sure if we will run Quilixios at Fairyhouse or keep him for Leopardstown next month. We’ll run something in the race.”