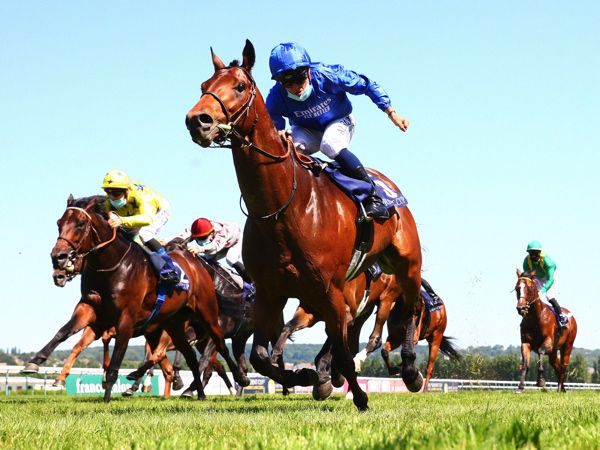 The French 2000 Guineas winner was aiming to double up in the French Derby, but having broken slowly from stall one, he found the rest of the field in front of him after 100 yards.

Having circled the other 15 runners, he just about hit the front before his run petered out and John Gosden’s Mishriff sprinted clear to win going away, leaving Victor Ludorum in third.

“I think he broke a bit lazily which meant he had to go wide, so it was frustrating,” said Fabre.

“What I do think, though, is that the winner is a very nice colt.

“We’ll keep him at 10 furlongs for now. The Guillaume d’Ornano at Deauville might be next (August 15).”

Fabre’s Ocean Atlantique was also quietly fancied, but he faded badly in the straight into 10th.

“Ocean Atlantique I was was a bit disappointed with. I could probably blame the lack of experience for him,” said Fabre.

“He’d had four races in his career but all of them had been easy, they didn’t get him ready for competition like that.

“I think he’s happy enough at 10 furlongs, but maybe he could go over further.”

There was better luck for Fabre at Sandown where Magny Cours won the Listed Gala Stakes from Aspetar and the lightly-raced five-year-old could be on his travels later in the year.

“Magny Cours has had some little issues, but he’s also been a nice horse,” said Fabre.

“I had to geld him and give him time, but he’s a nice animal.

“There’s a Group Three I have in mind for him at Deauville and, long term, he could be a nice horse to travel abroad to Dubai, something like that.”