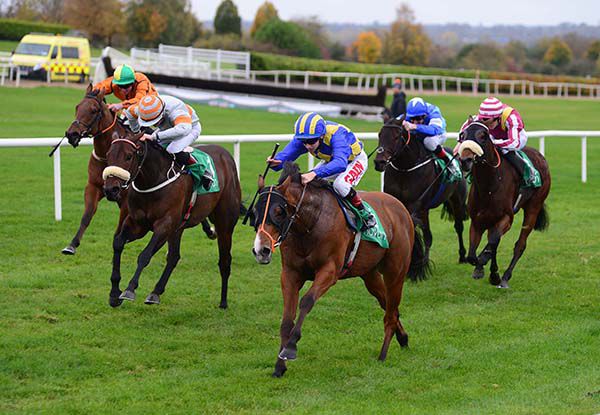 Sors
© Photo Healy Racing
Father and son, trainer and jockey duo Andy and Andrew Slattery combined up to win the Like Navan On Facebook Handicap at Navan today with Sors, who was gaining a seventh career success.

The six year old son of Acclamation was a winner on heavy ground at today's venue in April and while he failed to win in 11 subsequent starts, was today competing from a yearly low rating of 73 when scoring a three parts of a length win over Arcanears.

Trainer Andy Slattery later stated “a bit of ease in the ground and drop down in the handicap (helped him); he was a bit flat all summer, and he just seems to be coming back as his last couple of runs were decent. It’s grand to win one with him.

“We’ll keep him going for another while, and he’ll probably go to Dundalk Friday week for the E25,000 six-furlong race.”