Federica Sophia off the mark in good style 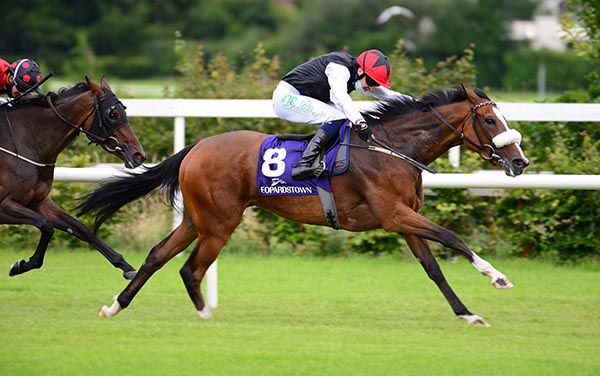 Federica Sophia stepped up on her debut second to readily take the 10 furlong fillies' and mares' maiden in Leopardstown.

She chased the leaders before being nudged along by Oisin Orr to take closer order entering the straight.

The Galileo filly was ridden into second over a furlong out as the leader Elite Craft attempted to assert. Federica Sophia wore down Elite Craft in the final 150 yards, though, and moved nicely clear.

Dermot Weld said: “She progressed from her Cork run. She was drawn 18 then and it's nearly impossible to win from there.

“Hopefully she'll develop into a stakes filly later in the year. She came home really strongly there and I'd say a mile-and-a-quarter looks good for her at the moment.”

Federica Sophia was beaten three quarters of a length at Cork on her first start after putting in plenty of good late work.