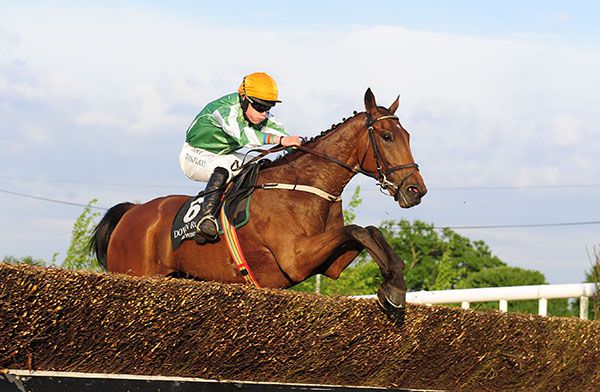 Successful at Galway and Fairyhouse during the autumn, the son of Court Cave was a good second to Crosshue Boy on his return to action at Leopardstown in March.

He since disappointed at Bangor and Tipperary, and was sent off at 7/1 this evening with Adam Short in the saddle.

Fourth from four out, he came with his challenge on the approach to the second last and was soon pushed along to lead.

A good jump at the last sealed the deal, and he was ridden out on the run-in to score by four and three parts of a length.

The thirteen-year-old Honest Robber (7/1) finished second under Danny Mullins for Mervyn Torrens, while Blacklough (14/1) was six lengths back in third.

Jack Slade and Bosco Di Alco were sent off the 4/1 joint-favourites and they finished fourth and fifth respectively.

Stafford said afterwards: "I was a little bit surprised. We thought after his first run in Leopardstown he should have progressed but he didn't - we put it down to ground.

"I travel a lot to the north of England so he might go there to Perth (in Scotland) or Hexham.

"The owner (John Blake) drives a taxi and is from Artane."