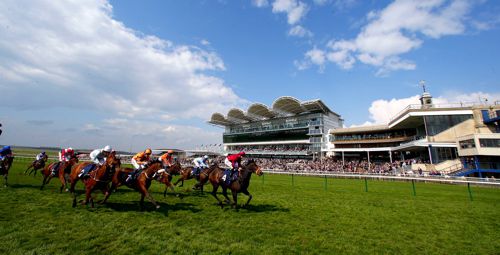 Newmarket hosts the Cesarewitch
© Photo Healy Racing
James Ferguson is weighing up a crack at the Together For Racing International Cesarewitch with his prolific winner Awesomedude.

Ferguson paid a modest fee of 8,000 guineas for the four-year-old gelding in January, when he was rated just 61.

Since finishing seventh on his first start of the year, he has won each of his next five races, shooting up to a rating of 88 — leaving him 35th on the list for the Cesarewitch, which has a maximum field of 34.

“There are a few options around that date. It would be a massive ask, but I’d like to keep all options open,” said Ferguson.

“If he squeezed in off bottom weight we’d have to think about it.

“As for the trip, he wants it so badly when you watch his races, he relaxes so well that if we were going to do it I think he’s got the mental attitude to go with it.

“He has won plenty already, and it’s a tremendous thrill to have a horse like him in the yard.”