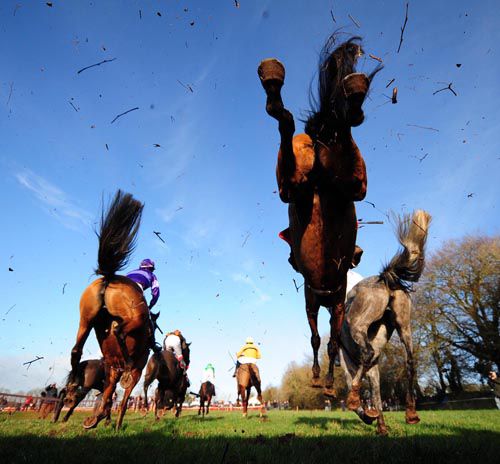 The five-year-old, who won the Dovecote Novices’ Hurdle at Kempton on his most recent outing, suffered the setback days after quick ground ruled him out of his intended chasing debut at Newton Abbot last month.

He has since completed a course of antibiotics, and trainer Chris Gordon has earmarked the Burns Pet Nutrition Beginners’ Chase on November 8 as a potential target.

Gordon said: “At Newton Abbot, the ground was too quick — then about 10 days afterwards, he got this sinus infection. He has had antibiotics for them and he is now off them.

“He will have a scan on Monday to make sure everything is okay — because with a sinus issue, it can blow up quickly again afterwards.

“He has been working, but not as much as he usually would.”

Gordon has not ruled out the possibility of Highway One O Two staying over hurdles for another season, should the sinus problem flare up again.

He added: “If he doesn’t go to Ffos Las we might just stick over hurdles this season.

“If you leave it too late, all of a sudden you have lost the first half of the season, and it would then be a waste going over fences.