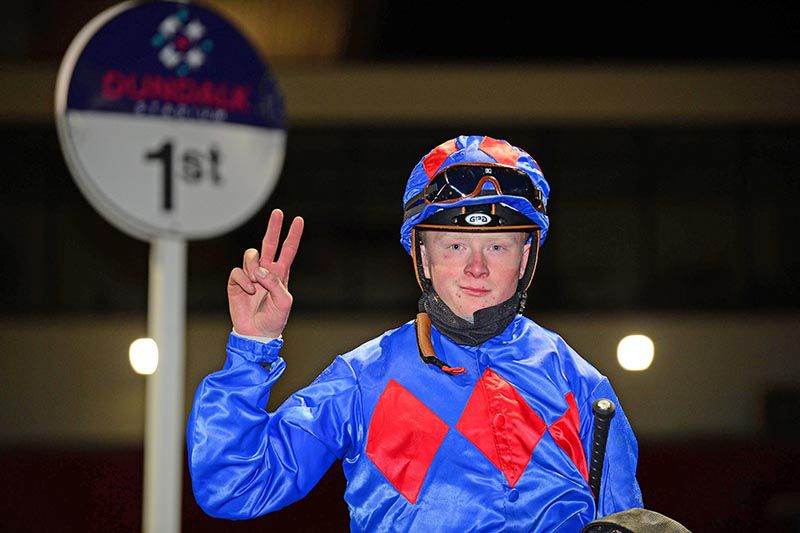 The Street Cry gelding was claimed for €12,000 here last week after finishing second to Gee Rex over course and distance.

He repaid his new connections straight away when coming to lead inside the final furlong and record a two-and-a-quarter length win over Time And Money at odds of 4/1.

Ewing, partnering his first racecourse double, said:- “He ran a cracker in a claimer last week where he didn’t really get the run of it and was only beaten a length.

“They went very fast in front and he’s picked up well off a fast pace. He’s a grand horse going forward.”

Ewing had also claimed the opener on tonight's card aboard Crystal Dawn.