Fitzhenry to return to Leopardstown for his next start 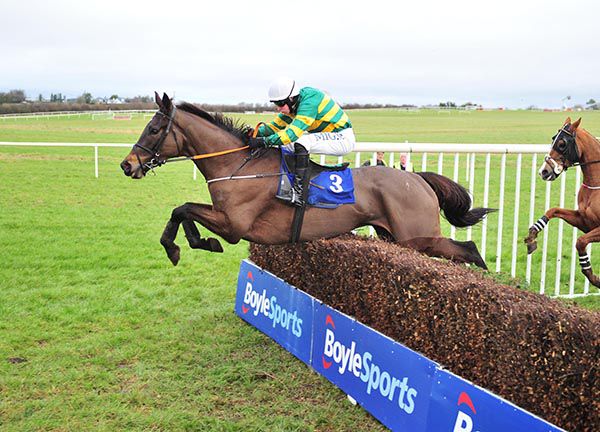 Paddy Power Chase second placer Fitzhenry will return to Leopardstown for his next start with trainer Paul Nolan hopeful a drop back in trip won't impede his chance.

“Fitzhenry will go for the 2m5f (Abbey International) Leopardstown Chase at the Dublin Racing Festival. Maybe it won’t be far enough for him but that’s what we are looking at," said the Wexford handler.

The J P McManus-owned eight-year-old has proved to be a very consistent sort. Indeed he finished third in the 2018 renewal of the Paddy Power at Leopardstown as well.

“The last time he won he was off 123 and he’s off 141 now. He’s only won two handicap chases in his life and he only barely won them. It’s nice that he’s running consistent but when they are they don’t help themselves the next day," elaborated Nolan.

“I know he’s not an easy ride but he tries his heart out and he had them all beat in the Paddy Power bar the one (Roaring Bull) that came flying and he couldn’t see him with the blinkers.

“He beat the ones that were in front of him and he came from behind.”