Flat and hurdle winner Mutadaffeq adds a chase to his CV 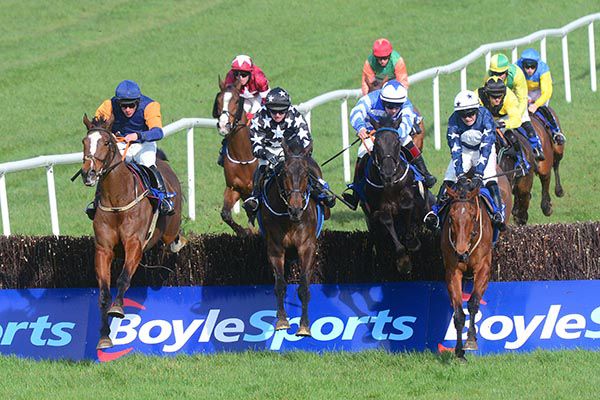 On his first outing since St Stephen’s Day Mutadaffeq (9/1) made it third time lucky over fences in the Live Streaming On The BoyleSports App Beginners Chase at Clonmel.

Four times a winner on the Flat, and victorious over hurdles as well, the Gavin Cromwell-trained and Johnny Moore-ridden Mutadaffeq was one of four with a chance down over the closing couple of fences.

The successful New Approach gelding put his Flat speed to good use, against older and more traditional National Hunt types, eventually beating favourite Bitsandpieces by a length and a half.

“It was a very uncompetitive beginners and I just kept him out there and he jumped great when he was out away," said Moore.

“He enjoyed himself and he stays really well so on that ground he was sticking out the trip better than the others. He’s a grand horse and it’s grand to win with him.”