Four winners on the day for Harrington 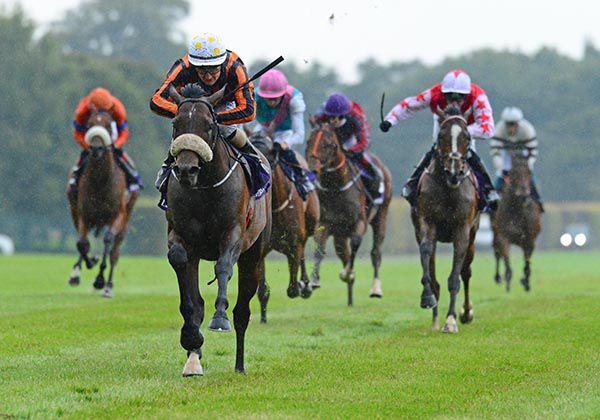 Two jumping winners at Tipperary and Aesop (7/2) made it a double for Jessica Harrington at Leopardstown as well when landing the Median Auction (C&G) Maiden over 10f.

By very promising sire Make Believe and a half-brother to Youmzain and Creachadoir, Aesop ran very well on debut last year behind Qipco 2,000 Guneas second Wichita but disappointed on his final two outings at two.

He was much better here, travelling well at the rear before coming through between horses in the straight.

The Gigginstown-owned Pugin showed a willing attitude in front, but Shane Foley’s mount mastered him inside the final furlong to score by a length.

Winning trainer Jessica Harrington commented: “That’s a good day’s work! I’m delighted to get him to win. He promised to be a nice horse last year and kind of lost his way.

“He’s been working well at home and he’s a big baby still.

"Shane said when he got to the front he felt that he’d done enough.

"He travelled really well into the race and he’s only learning now. I’d say he’ll improve a lot from that.”