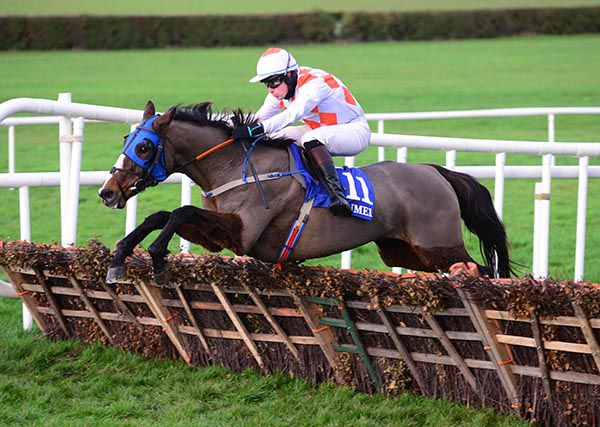 On one of the better cards at Clonmel there’s been plenty of Tipperary success and there was more when Crack On Corrie scampered away with the Adare Manor Opportunity Handicap Hurdle.

Premier County folk Martin Hassett, Rachael Blackmore and Pa King were all on the score-sheet earlier, and Cloughjordan owner and trainer Willie Austin got in on the act here.

The home-bred, a ten-year-old at this stage, brought her record to 2 from 35. In the hands of Danny Hand she justified favouritism, chasing the leaders through this two mile three furlong contest.

Close up and disputing briefly halfway, Crack On Corrie (11/4) was fourth before five out, before improving to dispute the lead entering the straight.

Ridden to assert before the last, the well-related Oscar mare, a half-sister to 6-time winner Manjoe, and 10-time scorer Play The Ace, quickened away on the run-in to defeat Ask David by eight lengths.

"It was a long time coming for her and that's Danny's first winner for me; I think I'll have to employ him in the future,” said Austin.

"Her family was good enough (a relative of Austin's own bred Danoli) and she might have enough racing when this season is over, although we have a lot of mares breeding at home and don't want any more."