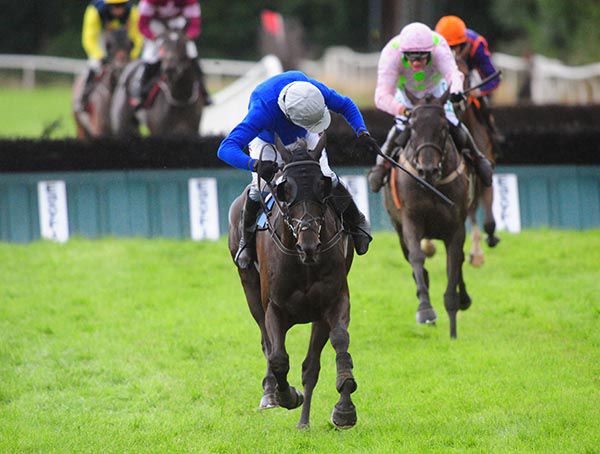 After taking the opener on Falak, Barry Geraghty quickly doubled-up on Woodland Opera in the Joe Cooney Memorial Hurdle.

A disappointing ninth over fences at Galway on Sunday last, the Jessica Harrington trained eight-year-old was sent off the 5/2 second favourite this evening.

Having raced in second in the early stages, the son of Robin Des Champs led from the fourth, and went a few lengths clear from two out.

He kept up the gallop from there, and was ridden out on the run-in to beat the even money favourite Koshari by four lengths.

Paul Townend was aboard the runner-up for Willie Mullins, while Massini's Trap was another four and a quarter lengths back in third.

Geraghty said afterwards: "He ran a good race at Cork. I'd say the two miles at Galway on quick ground, it was just happening too quick for him.

"Jessie was hopeful of a good show today stepping back up to two and a half, it worked well, and it was a good performance.

"He missed one early but when you're going hard from flag fall you're going to find flaws. He jumped brilliantly after that. It was a good solid performance."