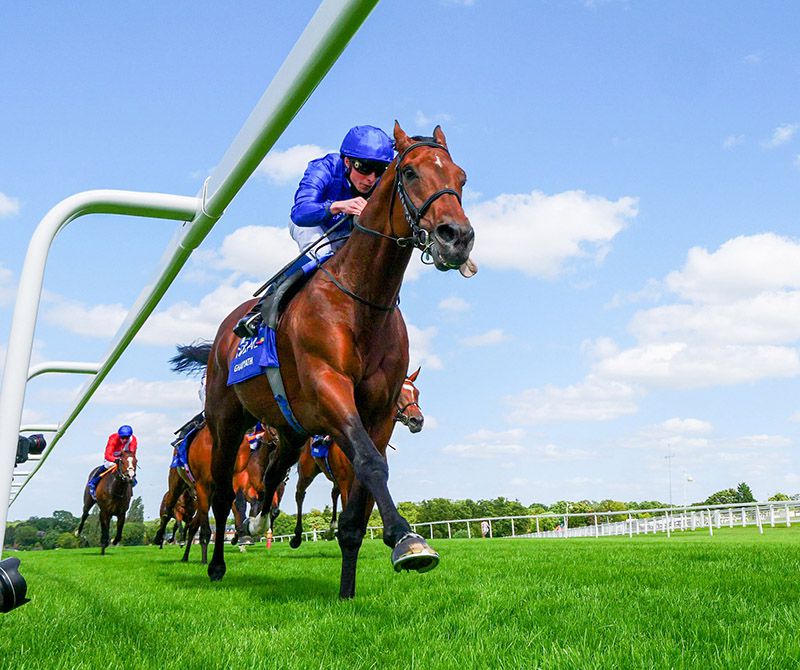 Charlie Appleby’s five-year-old tried to make all in the ParisLongchamp feature last October before dropping away, but he has been in stellar form so far this term.

After winning a Group Three in Dubai in March, Ghaiyyath has made a glorious European return — blazing to victory in the Coronation Cup before lowering the colours of Enable in the Coral-Eclipse at Sandown.

A rematch with Enable is a possibility in France later in the year, but Appleby’s charge will first head to York next month.

Appleby told Sky Sports Racing: “I’m delighted with him, he came out of his race well and the plan is to head to the Juddmonte International.

“Hopefully we can regroup after that. It’s always been the long-term plan to have another run in the Arc and on what he’s done this year he deserves to be there — but let’s get the Juddmonte International out of the way first.”

Appleby is also mapping out a plan for Pinatubo, last year’s champion juvenile who returned to winning form in the Prix Jean Prat at Deauville last Sunday.

After defeats in the 2000 Guineas and St James’s Palace Stakes, Appleby was delighted to see the colt regain the winning thread and has his sights set on a Breeders’ Cup challenge at the end of the year.

He said: “He flew back yesterday (Monday) and had a routine canter this morning showing no ill effects.

“He’s back in his usual routine, turned out in the paddock and he had a buck and a kick.

“I’m delighted for Sheikh Mohammed and the team, but I’m delighted for the horse because he’s put up two gallant efforts this year and just been outstayed on the day, but back at seven was well within his compass.

“The Breeders’ Cup Mile is something we’ll work back from. He’s got options for his next run — the Sussex is there, but that might come a bit quick after three quickish runs. There’s the Moulin or the Foret before going on to the Breeders’ Cup.”