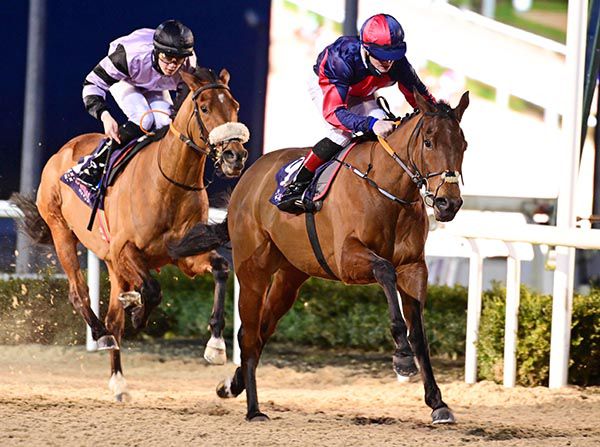 Zoffany died aged 23 last Friday and having had a Dundalk winner that same day with Scholastic, the leading sire today won with Glorious Zoff, previously a Sligo maiden hurdle winner in October.

Elliott wasn't present and jockey Ewing later reported “he did it well. I met a little bit of trouble halfway up the straight but he had plenty of gears to get himself out of it.

“He's won on the Flat now as well as over hurdles. He's a nice horse going forward and I'm sure Gordon will find something nice for him.”