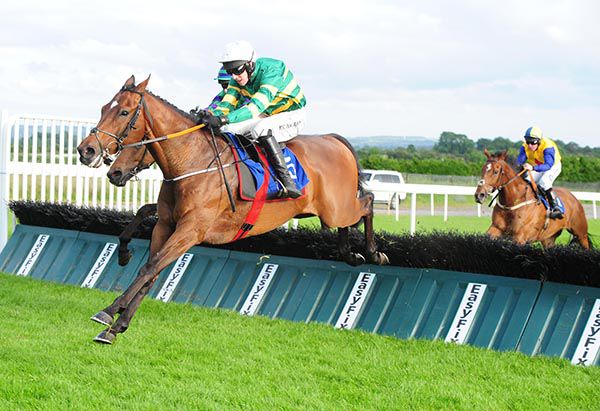 Timiyan
© Photo Healy Racing
The going in Roscommon is now Soft after 4mm of rain since 8am.

The first of seven flat races is due off at 1pm. Dress Kode, with Sam Ewing claiming 10lb, is popular in the opening fillies' maiden and is now around 2/1 from 5/1.

Killarney hosts eight National Hunt races from 4.25pm, and the ground is is Good (selective watering). A mainly dry day is forecast with a risk of 1-2mm of rain later this afternoon.

Gordon Elliott's Timiyan has almost halved in price (11/1 to 6/1) for the extended two and a half mile handicap chase at 7.30pm where Flirting Lesa is a notable non runner.

Meanwhile, an additional race has been added to the card at Kilbeggan on Friday. It closes for entries today - two mile maiden bumper for 5,6 & 7yo (145G).