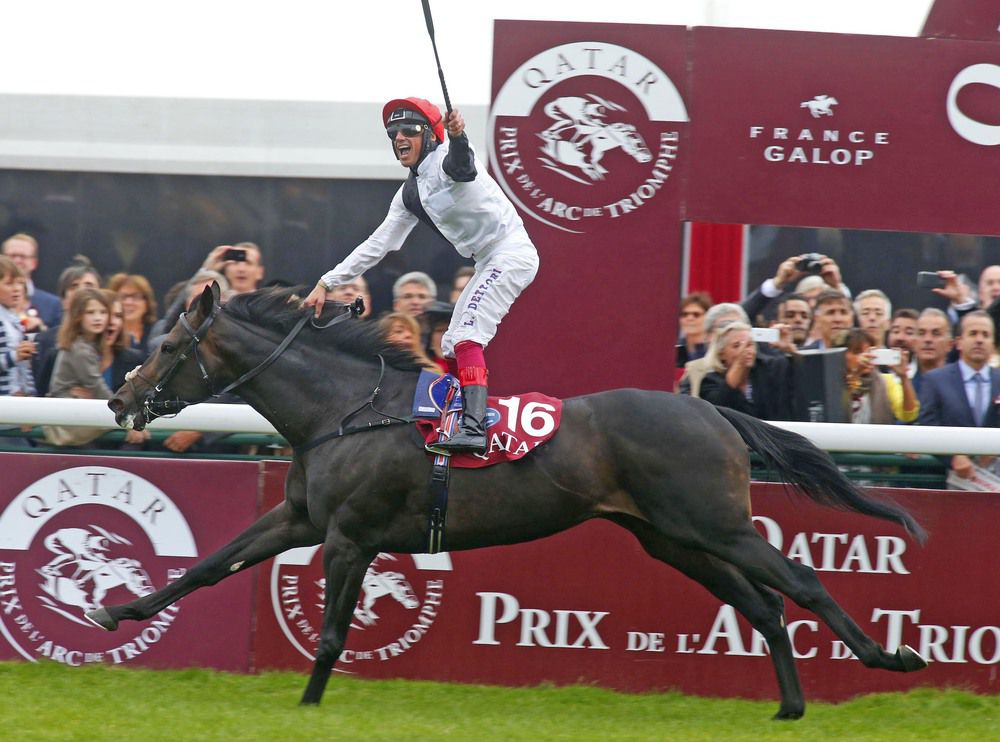 Sheikh Mohammed and Godolphin once again grabbed the headlines on day two of Tattersalls October Book 1 Yearling Sale in Newmarket.

The Dubai-based operation beat off Coolmore to secure the most expensive yearling colt sold anywhere in the world on Tuesday — going to 3.6million guineas (£3.78million) for a Dubawi half-brother to St James’s Palace Stakes winner Barney Roy.

And the two powerhouse owners did battle again 24 hours on for Lot 288 — a son of Frankel and a half-brother to the brilliant Golden Horn, who won the Derby, the Coral-Eclipse, the Irish Champion Stakes and the Prix de l’Arc de Triomphe in 2015.

The bidding developed into another intriguing head-to-head between MV Magnier of Coolmore and Anthony Stroud, representing Sheikh Mohammed.

Others who were involved during the early exchanges — Chad Brown, Alastair Donald and Juddmonte — dropped away once the 1.5million mark was passed.

The colt in question was ultimately knocked down to Stroud for 3.1million guineas £3.26million).

The sale was another excellent result for Irish-based consignors Norelands Stud, with a Siyouni half-brother to 2000 Guineas winner Magna Grecia (Lot 209) having been knocked down to Magnier for 1.3million guineas earlier in the day.

Harry McCalmont of Norelands Stud told Tattersalls: “I am not often lost for words, but I think I am now. This is easily the best price we have had in the sales ring, and the second-best we achieved this morning!

“I have to thank my team — they have done a fabulous job, this colt walked around like a king today.

“There has been a lot of interest in him, there were some serious people who liked him, however you never know what is going to happen until you get to the ring.”

McCalmont bought the dam of the Frankel colt, Fleche D’Or, at Tattersalls in December 2012 for 62,000 guineas — after she had foaled Golden Horn.

“I like buying mares from such successful breeders as Anthony Oppenheimer. You know the mares in the pedigree will always get the best covers and go to the best trainers,” McCalmont added.