Gua Du Large another for Blackmore and de Bromhead 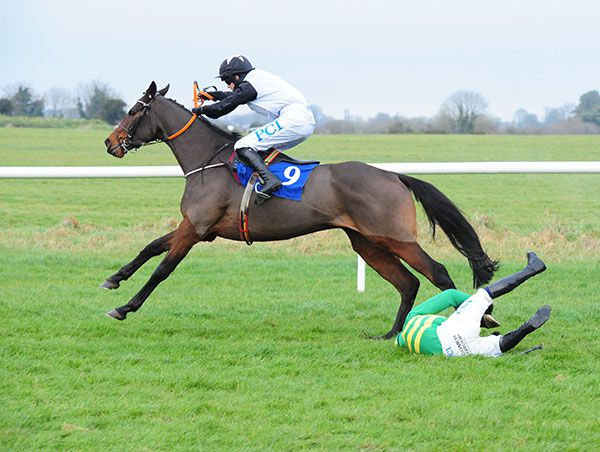 Supporters of 5/6 favourite Gua De Large would have been very hopeful from an early stage in the 4-year-old maiden hurdle as the Kapgarde gelding settled much better in second than his free-running market rival Gjoumi.

The latter wouldn’t drop the bit in front for Paul Townend and it was no surprise to see the market leader take over on the run to the final flight.

It wasn’t a done deal when Gjoumi (only about a length down) stepped at that final flight and came down, but the likelihood was that the Robcour-owned winner would have done enough to score in any event.

As it was, the Rachael Blackmore-partnered winner was left clear to win by 23 lengths from longshot Landa Beach (125/1).

Winning trainer Henry de Bromhead said: "I'm delighted with that - he is still very babyish and it is all new to him. He is a nice horse obviously and hopefully he'll keep progressing.

"Rachael said he was pretty green when he came off it (the bridle) and she was happy with him.

"I'm delighted to get the win for Robcour and we'll aim for something at Christmas."