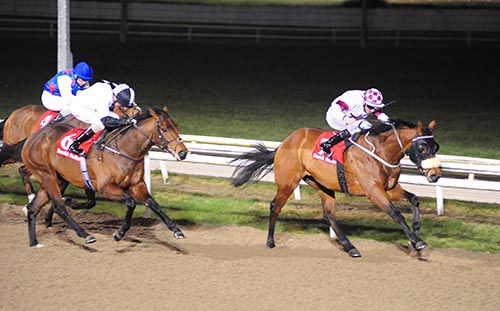 The Michael Halford trained Time Constraints got off the mark at the fourth attempt at Dundalk today, winning the Servisource Recruitment Maiden under jockey Conor Hoban.

The son of Gio Ponti made all for a length and a quarter success over Jackmel and following the race Halford stated “he’s getting better with racing - the first night he walked out of the stalls and was lost. He’s just one of those colts - a laid back lad and is getting better with each run.

“We always thought he had ability and Conor (Hoban) said he got a bit lonely in front but when they came to him, he shook him up and went again.

“We’ll probably keep him going but he could be sold also.”