Haparanda shows her turn of foot 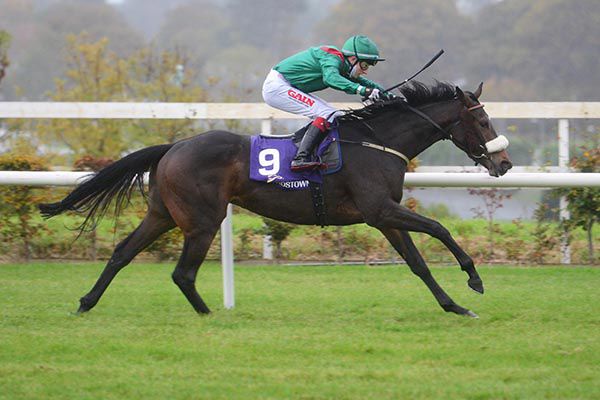 Haparanda shot clear to win a mile and a half handicap in impressive fashion.

The 14/1 chance improved on the outer as the field rounded the home bend.

She was asked for her effort in fourth racing into the final quarter of a mile and grabbed a narrow lead a furlong and a half out.

She had Layfayette for company at the furlong marker but quickly stormed clear to put a healthy four lengths between them with 100 yards left.

Andrew Slattery's mount came in by two and a half lengths from 10/3 favourite Layfayette. Red Kelly (15/2) was a length and a quarter behind the runner-up.

Dermot Weld said: “She handles the ground well and got a good ride from Andrew. She quickened well on the ground.

“I’d say she will stay in training next year and that will probably be it for this year.”

Haparanda's other victory came in a handicap at Killarney in July.

Weld also reflected on Search For A Song’s second to Trueshan earlier in the day in the Qipco British Champions Long Distance Cup: “Search For A Song ran well at Ascot. Oisin described the ground as point-to-point ground but she franked the Leger form and ran well. She ran a cracker on ground that is unquestionably too soft for her.

“She was in super form and I felt she had improved from the Irish Leger. She comes into her own in the second part of the year. She’ll stay in training for next year.”

Haparanda's other victory came in a handicap at Killarney in July.