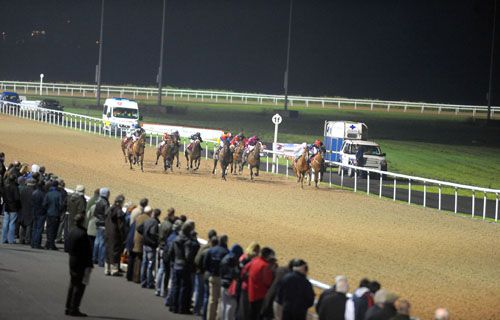 Seamie Heffernan and Joey Sheridan both picked up bans at Dundalk this evening.

Heffernan, who was successful on Tracing in the final race on the card, was suspended for seven days for overuse of the whip on Everyhouronthehour in the first divide of the Christmas Party Nights At Dundalk Handicap.

Sheridan, who registered a double, was suspended for four days for careless riding on Malbas in the Book Your Christmas Party At Dundalk Handicap.

Below are the full Stewards reports:

Evidence was heard from the riders concerned. J.M. Sheridan gave his evidence in the presence of Pat Martin.

Having viewed the recording of the race and considered the evidence, the Stewards found J.M. Sheridan in breach of Rule 214 by riding carelessly and having taken his record into account suspended him for 4 race days.

The Stewards also found J.M. Sheridan in breach of Rule 211 (marker poles) and having taken his record in this regard into account cautioned the rider.

** The Stewards interviewed J.A. Heffernan, rider of Everyhouronthehour, concerning his use of the whip in the latter stages of this race.

Evidence was heard from the rider concerned. Having viewed a recording of the race and considered the evidence the Stewards found the rider in breach of Reg.10.3.(g)(frequency) and having taken his record into account and pursuant to Reg.10.6. suspended the rider for 7 race days.