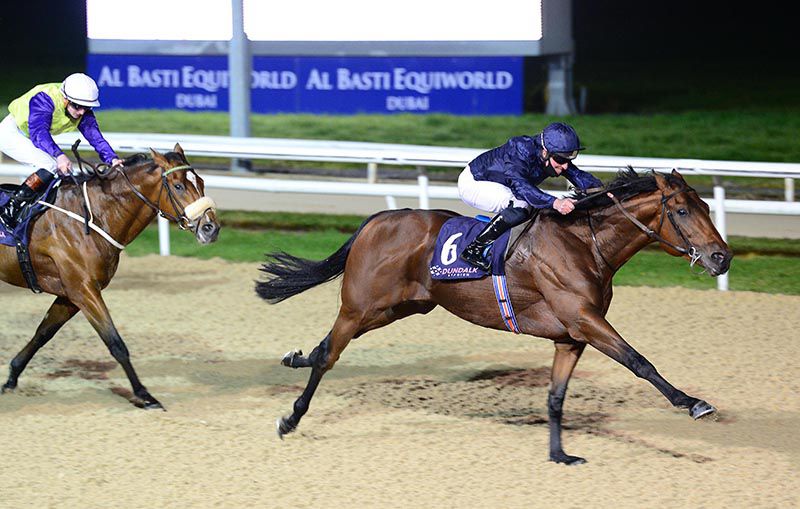 The son of American Pharoah had been placed on heavy ground at Listowel last time out and seemed to appreciate the quicker surface on the all-weather.

The 5/2 shot was handy throughout and hit the front over a furlong from home, galloping on strongly to post a length-and-three-quarters win over Eagle's Flight.

Like his stable-mate Vermilion Cliffs, who won the previous heat, the winner is engaged in the Tattersalls Autumn Horses in Training Sale next week.

Heffernan said:- “I was expecting him to do that but he still had to go and do it. Soft ground has been catching him out and he’s immature.

“He has plenty of boot and that’s probably as far as he’s going to go.

“He’s going to the sales and he’ll be a good ride in Group races next year.”