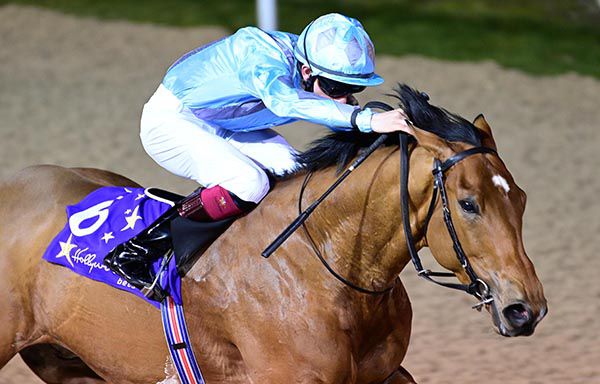 Hugh Horgan was aboard this time, and the 5/2 second favourite made all.

That made no difference as he stayed on well in the final furlong to defeat Confide by five and a half lengths.

Stable representative Brendan Powell said: “That was a good performance. He hasn't run since last July, he's quite a big horse and takes a bit of getting fit.

“I'd say he'll improve from that, looking at him, as he's quite a big round horse.

“He got an easy enough lead today and when he kicked he put it to bed. You just thought 'would he get tired' but he's galloped the whole way to the line.

“It was a nice ride and he's won well in the end.

“He should be able to get black-type somewhere. When he won a couple here last year he did it well.

“He had a tough enough season and his last run at Cork was in bottomless ground. This was a nice performance and it was nice to see him get his head in front again.”