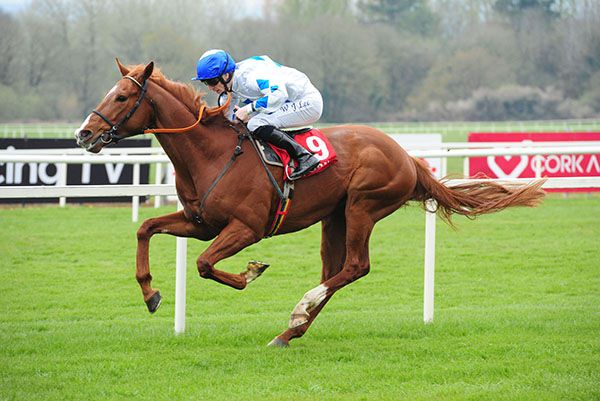 The Names Jock followed-up on a highly-encouraging effort at Navan last weekend, as he took the Mallow Handicap under Billy Lee.

Previously trained in the UK, the son of Famous Name made his debut for John Kiely and owner Brian Gleeson at Proudstown Park.

Second to Cuban Hope there, the chestnut three-year-old was sent off a well-backed 11/8 favourite this afternoon.

Settled behind the leaders, he came with his challenge from the two furlong pole and was soon ridden to the front, keeping on well in the closing stages to score by a length and a quarter.

Belle Power ran well to take second under Mark Gallagher for Johnny Feane at 14/1, while Njord (20/1) and Muntahez (9/1) were third and fourth respectively.

Kiely said: "Ted Durkan is now an agent and he bought him for the Gleesons and it doesn't look like he made a mistake. We are very pleased because he probably needed the run the last day and it was good he justified that Navan run.

"He doesn't look short of pace and we're hoping he will continue to improve another bit and the plan is to go hurdling later in the year."