Keane is the champion 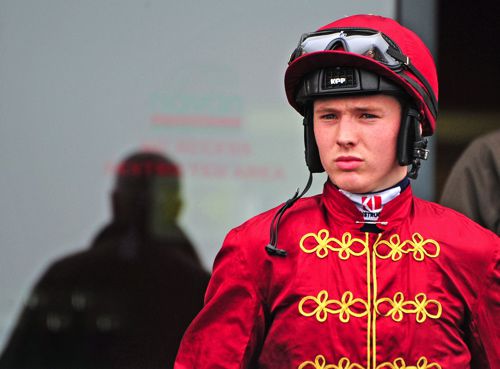 Colin Keane wrapped up his first jockeys' championship with a victory at Dundalk.

Keane got off to a flying start when It's Two O Clock made a successful introduction in the opening Irish Stallion Farms EBF Maiden.

The Ger Lyons-trained 4-9 favourite may not have beaten much but showed a decent change of gear to account for Khwarizmi by two and a half lengths.

Keane leads Pat Smullen by 98 winners to 87, with just Naas on Sunday to go before the season draws to a close.

He said: "From day one this season we hit the ground running. Ger's horses were very consistent all season and he's kept them going very well.

"When I wasn't riding for Ger, my agent Ruaidhri Tierney had me on the best rides available. It was a big team effort and, to be honest, I'm glad it's over.

"Obviously it's a great sense of achievement but it hasn't really sunk in yet. Hopefully come Sunday evening when the presentation is made, it might sink in then.

"I rode my first winner in Dundalk and it's been a very good track to me. I've been very lucky here thankfully.

"Every day you ride a winner is a good day and anything after that is a bonus. There was plenty of times this year that it got close, and it was only in the last few days where it looked likely."

Killian Leonard moved within one winner of Oisin Orr in the race for the apprentices' title when getting Reckless Lad (11-2) home in a tight finish to the Dundalk Stadium Claiming Race.

Winning trainer Pat Martin said: "Killian was on early in the week looking for the ride, and he's just one behind now.

"We said that we'd go the brave route and he likes to come between horses. It was a very intelligent ride and he's a very good young fella."

The richest race of the night was the Dundalk Stadium - Light Up Your Night Handicap and it was won by St Brelades Bay.

Just six days on from finishing in mid-division at Leopardstown, the Jessica Harrington-trained 25-1 shot proved a neck too good for Confrontational.

The money came for Bambari on his return from a lengthy absence in the Crowne Plaza Hotel Race & Stay Handicap and Fozzy Stack's 6-1 shot landed the gamble, holding the Keane-ridden Pillar by a neck.

Harmonyofthestars won the Floodlit Friday Nights Maiden as the 2-1 favourite, while divisions one and two of the Irishinjuredjockeys.com Handicap went to Tynamite (5-1) and Glenmoore (9-1) respectively.

Elishpour (10-1) was beaten a neck on his only previous all-weather start and swooped to land the Christmas Party Nights At Dundalk Stadium Handicap in the dying strides.