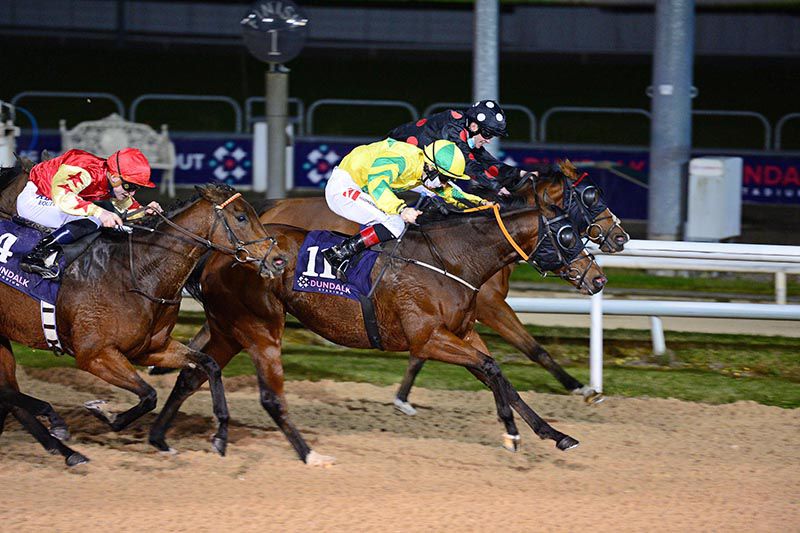 The seven-year-old gelding got away sharp from an outside draw and was prominent throughout alongside Red Cymbal.

The pair settled down to battle it out in the straight with the Ado McGuinness-trained gelding getting on top close home to prevail by a neck at odds of 6/1.

Noirvento and Jered Maddox finished well to be right on their tails in third and fourth respectively.

McGuinness said, “He’s a great old horse to have and always rocks up once or twice every year. I’m delighted for Sean Gallagher who is a loyal supporter of mine.

“He was drawn 14 and I thought he was in trouble as he’s a horse that likes to dictate but you can understand why Colin could be champion jockey this year.

“He got three lengths as soon as he jumped the gates and that’s down to Colin which was the winning and losing of the race.

“I put a visor on him tonight and we just changed a few things around but I knew he was on song going out there. We’ll just try to keep him right and happy.”

Keane is currently seven ahead (96-89) of his title rival Shane Foley, who won the previous race on Soaring Sky.