Kerandi "only going to improve" after winning start 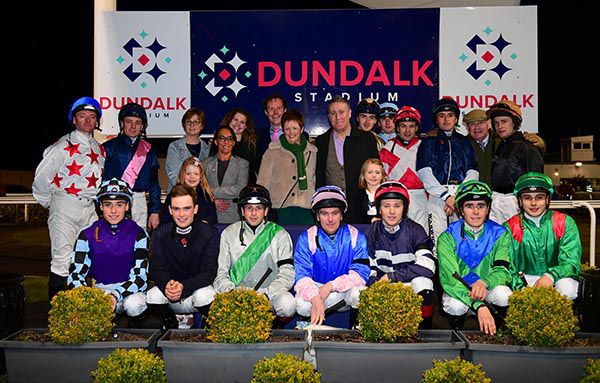 After their win with the Aga Khan’s Simsir at Meydan last week, Michael Halford and Ronan Whelan were on the mark again in the green and red epaulettes with newcomer Kerandi (3/1 — 100/30 — 9/4 second favourite) in the Willie Buckley Memorial Maiden at Dundalk.

Another first-timer, Fifth Fleet (9/4 into 7/4 favourite) also ran with promise in third, but up front Kerandi got the better of yet another talented looking beginner, Kushkame, by half a length.

He made headway to lead under two furlongs out and was soon pushed along. Kerandi was ridden and kept on well inside the final furlong to put a seal on things.

“He can be a bit lazy and behind the bridle at home so we were just a bit anxious that we thought he might just take the run.

“When he got to the front he ran around a bit, out of greenness more than anything. Being by Champs Elysees you'd think he'd appreciate further and I think he'd be better on the grass too.

“He definitely has an engine and he's only going to improve, in every sense of the word, physically, mentally, in every way. He's a lovely sort.”