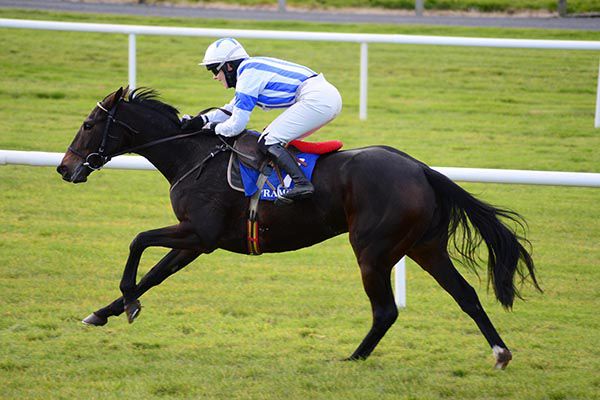 The Presenting mare kept close tabs on the front-running 5/4 favourite Hamundarson throughout. Indeed the latter didn’t appreciate the lack of social distancing and appeared to aim a kick towards the winner around the halfway stage.

Despite having run a bit keenly, Powerful Out readily went away in the final quarter mile to get off the mark on her third outing.

Having been second on debut at Punchestown last month, she was sent off a 6/1 chance for a Listed mares’ bumper at Gowran earlier this month only to disappoint.

She left that effort well behind here to win in the colours of Conor Lannen.

Winning rider Maxine O’Sullivan said: "Lisa (O’Neill)’s horse just kicked out at her down the bottom.

"I don't blame him though because we were right on his back and we were probably annoying him. Thankfully he didn't connect with the mare, but I felt it on my stirrup.

"She really stayed on powerfully and she reminded me of Penny Out (on whom O’Sullivan won a Flat maiden at this track) in these same colours. Hopefully she will be a good replacement for her now."

Three-time winner Penny Out, trained by Kiely for Lannen, was put down after a fall at Killarney in August.