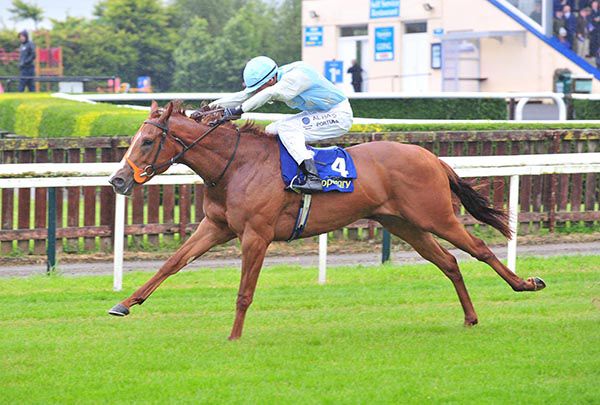 Trained by Andy Slattery and ridden by his nephew Ben Coen, the Mayson colt was well-backed earlier in the day from 16/1 and went off at just 6/1.

Coen’s mount asserted over a furlong out before stretching clear in the closing stages to score by all of four and a half lengths.

Principalship was also prominent throughout taking the runner-up spot, with Myrcella a further half a length back in third.

Slattery said, "I think he is very good and we worked him up the Curragh the other day and I thought he was a Group horse. He is going the right way and did what we expected.

"He is a Mayson but I think he wants good ground and hopefully he goes on.

"We'll see if an offer comes in and if not we'll go for a winners' of one and bring him along gradually. We think a good bit of him and he has loads of pace."