Lee Best On Stage in Listowel 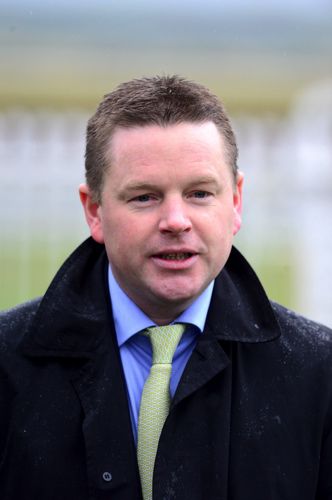 Paddy Twomey
© Photo Healy Racing
Best On Stage had the measure of her rivals in the concluding fillies' handicap in Listowel.

The four-year-old hugged the rail from box one before being switched by Billy Lee to challenge down the centre of the track in the final furlong.

She powered home from third and arrived in the lead in the final 50 yards. The 9/2 favourite won going away by a length and a quarter.

Passing Trade put in a gutsy effort in second at 13/2, a head in front of Memyselfandmoi (6/1).

Paddy Twomey said: "I hoped coming back in trip and down in grade she would do something like that.

"I was very happy with her first run in Killarney and was very disappointed with her second run in Down Royal, but she has been in good form.

"She was fourth in the German (1000) Guineas to Main Edition and turning in today she was rated 88, so she had good form.

"She is belonging to William Kennedy who has a big stud farm and breeding operation and he bought her and my instructions when she was put in training was he'd like to get some Irish black-type with her; she already has German black-type so getting Irish black-type will be the aim for the remainder of the season."