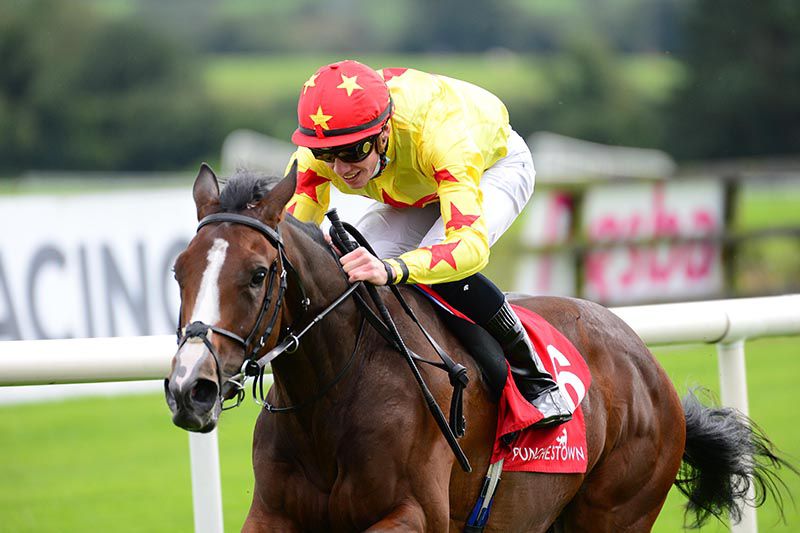 Liffey River confirmed the promise of his debut second last month by justifying odds-on support to complete a short-price double for trainer Joseph O’Brien at Punchestown in the mile juvenile maiden.

The full-brother to Lope Y Fernandez, who runs in the Betfair Sprint Cup at Haydock on Saturday, cost 275,000 as a yearling at Arqana and only went down by a short-head on his first start at Gowran Park.

The 10/11 favourite made most of the running and, after quickening clear over a furlong out, kept on well under Shane Crosse to beat the promising newcomer Agrimony by three quarters of a length.

O’Brien’s assistant Brendan Powell said, “In a slow run race it was the best place to be. He kicked and galloped the whole way. The second looks nice.

“He’s a big strong horse and a nice one going forward. He coped with the ground well.”