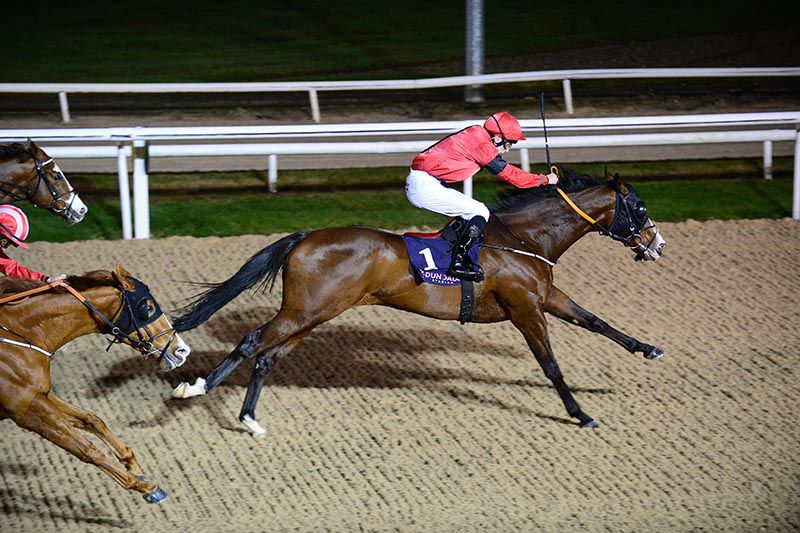 MacRedmond only recently relocated to Ireland after a stint in the UK where he principally rode winners for Declan Carroll.

Here a fifth Irish success came the way of the young man, son of well known vet Mark, as he soon positioned his mount in a chasing the leader role.

Travelling well two furlongs out, War Hero (now a five time course winner) was ridden to lead over a furlong out. Staying on well inside the final furlong the Declaration Of War gelding beat ‘finisher,’ Tyrconnell, by a length and a quarter.

“He got upset the last time in the stalls and was slow away. He didn't run too badly but I think the draw today made a huge difference and he was last into the stalls,” said McGuinness.

“Cian gave him a super ride. He was very cool on him up the straight and didn't go for him early.

“He had top-weight today but he was dropping in class. Mark Devlin, from the north, owns him and it's great for him as he just bought him a few runs back.

“He's a real fun horse and was a great buy for them.

“That's Cian's second winner for me now, which is great, and long may it continue. He's a good kid and I think he's going places.”

The Irish Horseracing Regulatory Board Veterinary Officer examined The Mpex Kid, trained by Mrs D.A.Love, at the request of the Stewards and reported the animal to be post race normal.

Sam Ewing, rider of The Mpex Kid trained by Mrs D.A.Love, reported to the Clerk of Scales that his mount hung left.