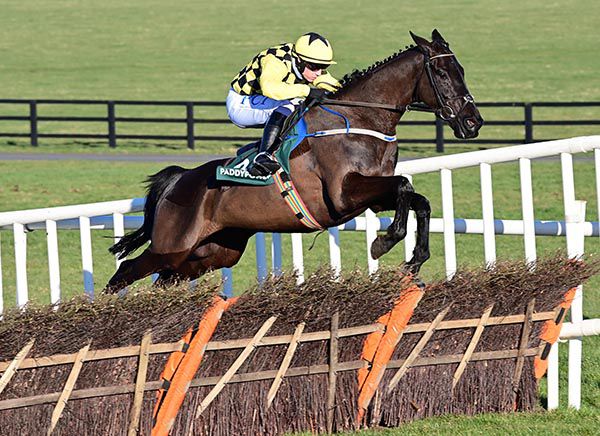 The Network gelding was making his return from a 430-day absence but was a solid 8/11 shot in the race, run over just shy of two miles.

Paul Townend lined up to make the running and despite diving right when the tapes were raised the seven-year-old soon took them along.

He was asked for an effort going to the last and jumped the final flight big and bold, going on to record a length-and-a-quarter win over French import Pont Du Gard.

Mullins said:- “As you can see he looks like a horse that wants to go chasing sooner rather than later but we’ll let him finish out the season novice hurdling.

“He definitely needs a fence. He has the build of a chaser and jumps like one. We’ll probably head to Fairyhouse.”