Mares Hurdle next target for Light 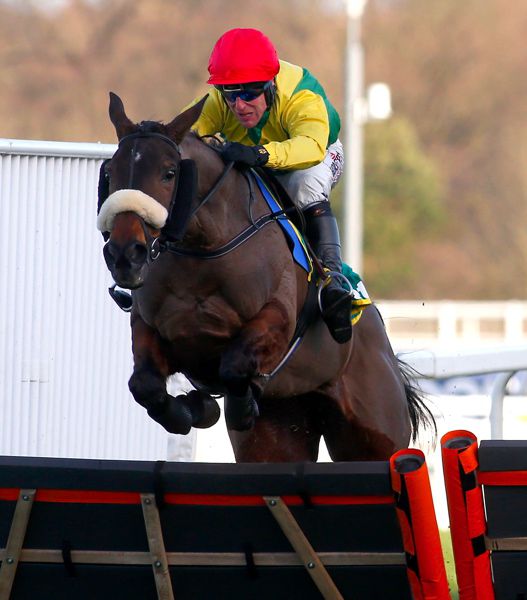 Magic Of Light
© Photo Healy Racing
Last year’s Grand National runner-up Magic Of Light is likely to line up for the Mares’ Hurdle at the Cheltenham Festival ahead of her return to Aintree following her latest success at Ascot on Saturday.

Jessica Harrington’s mare found only Tiger Roll too strong in the world’s most famous steeplechase last spring and has continued in excellent form this season.

Having won a Listed mares’ chase at Newbury for the second year in succession on her penultimate start, Magic Of Light successfully defended her crown in a Grade Two Mares’ Hurdle in Berkshire, giving weight to Harrington’s theory her charge is better than ever.

“I was delighted with her. It sounds a funny think to say because she’s nine now, but she does seem to be improving and Robert (Power) keeps saying she feels stronger than she was last year,” said the Moone-based trainer.

“She did it very well. We were worried about the heavy ground, as last year her improvement seemed to come when we got her on a bit better ground. Now she’s a bit stronger, she’s obviously coping with testing conditions much better.”

Following her Ascot victory of 12 months ago, Magic Of Light was narrowly beaten in the Lady Protectress Mares’ Chase at Huntingdon six days later before unseating her rider in the Bobbyjo Chase at Fairyhouse and finishing down the field in the Ultima at Cheltenham.

She added: “She arrived back home at 7.15am and seems absolutely fine. She won’t be going to Huntingdon next weekend and we’ll try to find a race for her somewhere in February.

“We’ll have a look and see what there is. I believe there’s a mares’ chase at Exeter, so that could be an option and there’s also the Bobbyjo at Fairyhouse, but I’d probably rather run over fences in England — I just think the fences there are a bit more forgiving.

“We’ll run her somewhere in February, all being well, and then we’ll have a go at the Mares’ Hurdle in Cheltenham. I don’t know if she’s good enough to win that, but you’d have to say she’s up there with the better mares after her performance yesterday.

“After Cheltenham, roll on the Grand National again.”

Magic Of Light is a best priced 25-1 for the Mares’ Hurdle at Cheltenham, while she is 20-1 for the Randox Health Grand National.