Master Matt one for Smith 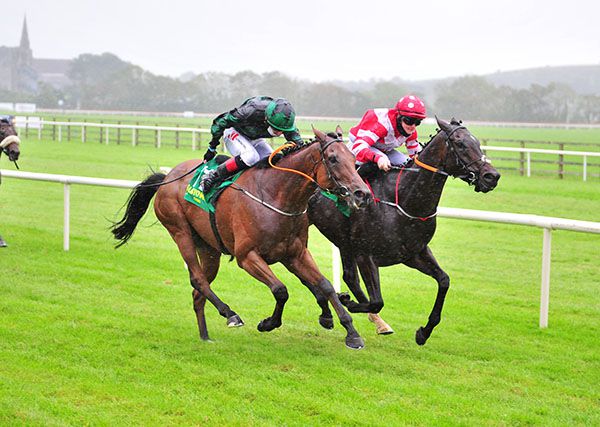 Master Matt came out best after a final-furlong battle with Trading Point in the www.listowelraces.ie Handicap.

7lb claimer Sam Ewing was on board the bottom weight and the pair stuck to their task well when strongly pressed at the business end of this seven-furlong race by Trading Point.

They drew two and a half lengths clear of third-placed Big Baby Bull (9/2).

Trainer Matthew Smith said: "He fell on his backside leaving the parade ring and the young lad came off him but that makes up for it.

"That is Sam's first ride for me, he is based up the road from me at Ger Lyonses and he gave him a good ride. He probably got a bit of a fright before he left so I'm delighted for him.

"I told him to jump and let him go and is the sort of horse if you take a pull out of him he'll sulk with you. Leigh Roche rode him the last day at Navan and said to do that.

"Frank (Lynch) his owner wanted to try him over seven (furlongs) and I was worried whether he'd stay or not but it has worked out."