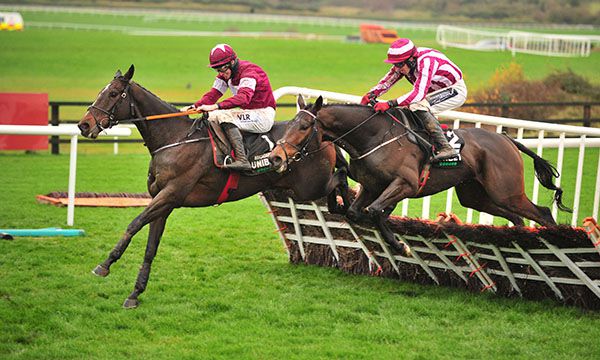 The five-year-old was runner-up in the 2019 Triumph Hurdle at Cheltenham when trained by Gordon Elliott, before finishing down the field in the Champion Hurdle on his return to the Cotswolds in March.

With owner Chris Jones having decided to move his charge to O’Loughlin’s yard near Dunshaughlin during the summer, Coeur Sublime, a first time out winner in the previous two seasons, made his first start for his new trainer last month — and after travelling strongly to challenge for the lead, he weakened to finish a creditable fourth.

O’Loughlin said: “He’s come out of the race really well — as good as you could expect.

“Keith (Donoghue) said he gave a big blow coming to the last (hurdle). He would have been entitled to that, with it being a Grade One and coming from a small trainer.”

Coeur Sublime is likely to renew rivalries with Morgiana Hurdle one-two Abacadabras and Saint Roi in the Matheson Hurdle at Leopardstown on December 29.

“That was kind of the aim — to get the Morgiana run in and then go to Leopardstown at Christmas,” O’Loughlin added.

“He’s probably entitled to be there. He seems in good old form, and his mind is good, so fingers crossed — it’s exciting for a small yard like ours to have a horse like him.

“I think he handles soft ground. But there has always been a question about his wind (had wind surgery before his run in the Champion Hurdle), so a bit of nicer ground might help him.”