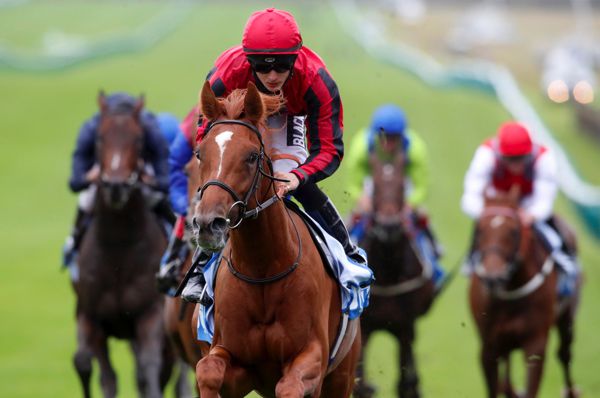 Ralph Beckett’s charge won the Group Three Zetland Stakes over 10 furlongs on his final start last year and he is a general 25-1 shot for the Derby, which is scheduled to be run on July 4 at Epsom.

Al Aasy is available at odds of 20-1 for the Epsom feature and he is also in contention for the Listed trial after finishing third on his only outing last year.

His trainer William Haggas also has Convict in the mix while Pontefract Listed winner King Carney could feature for Charlie Fellowes.

Zetland third Berkshire Rocco could represent Andrew Balding, with Celestran a contender from the John Gosden stable among an entry of 15.

The Gosden-trained Miss Yoda was second in the Zetland and she could line up in the Betsafe Top Price All Runners Oaks Trial — a race the yard landed last year with subsequent Epsom victor Anapurna.

Gosden also has Chelmsford maiden winner Lake Lucerne in the race while Beckett has Trefoil, winner of her only start last year, and Heart Reef in contention.

The 14-strong entry also features Roger Varian’s Cabaletta, Sweet Solera winner West End Girl and So I Told You, winner of one of her two outings last year.

Patience pays off with Hogan's Nebo

Tom Hogan trained his first winner since the demise of his superstar Gordon Lord Byron when Nebo sprang a surprise in the Irish Stallion Farms EBF 'Habitat' Premier Handicap at Cork.