Meri Devie stays on well to give Mullins a treble 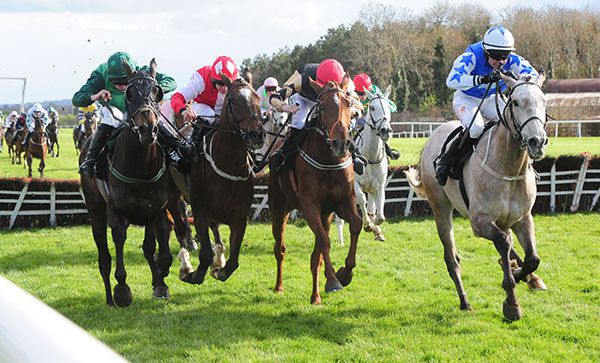 Meri Devie continued the golden run of Willie Mullins's stable by bringing up a treble for the Closutton trainer in the Grade B Ballymore Handicap Hurdle.

Rachael Blackmore was seen to good effect on board the five-year-old mare as she drove her home between horses on the run-in to score by a length and three parts at 14/1.

A massive field of 24 went to post for this two and a half mile contest with Mullins responsible for a whopping 13 of them.

Willie Mullins said: "She disappointed me all year. I thought the way she was handicapped she could win a big one but it took Rachael (Blackmore) to get it out of her.

"She's a good mare. She got very strong this year and I just couldn't get her fit enough. She obviously likes this track. She might go on the Flat."