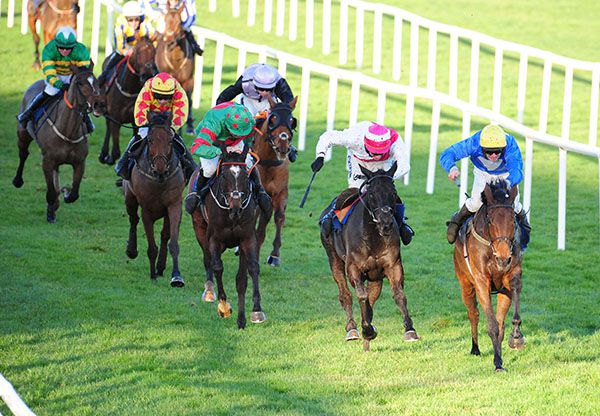 Arthur Moore's resurgence continued with another winner at Naas today as his Fag An Bealach's win in the Rathbarry & Glenview Novice Handicap Chase gave the trainer immense satisfaction, scoring for decades long-standing owners.

Fag An Bealach was a beginners chase winner at Downpatrick in October and today bagged her first handicap chase win when arriving on the line to pip I'll Be That Lady and score by a nose under jockey Donagh Meyler.

Moore's yard is well down on numbers from previous years and while 2019/20 was curtailed by lockdown, it was the first season the former Champion Trainer failed to notch a winner.

However since lockdown, Moore has sent out four of 11 horses to win five races, including yesterday's impressive 4yo winner Sea Ducor, and following today's win stated “she’s (Fag An Bealach) a grand mare and it’s lovely to win for these people.

“Tim Murray is the first owner I ever had and he’s had a runner with us every year since about 1976. You can’t beat loyalty like that and Marcus (Beresford) is with us ages as well.

“She’ll work away in handicaps. We’ll probably give her about four weeks as she had a tough race there. She’s very genuine.

“I was a bit worried when they took the fences out in the straight but the result was fine in the end and Donagh gave her a great ride.”