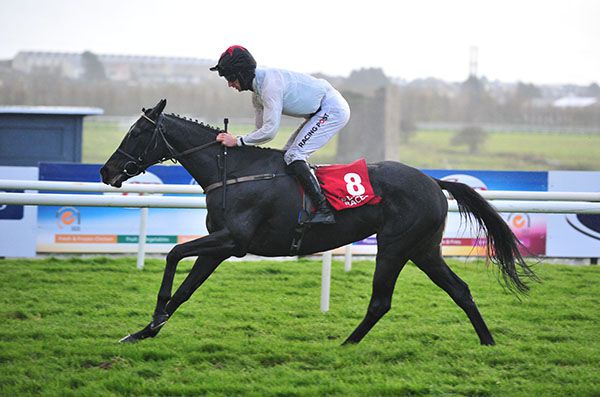 Grangee could bid to provide Willie Mullins with back-to-back victories in this weekend’s Listed mares’ bumper at Market Rasen.

The Closutton trainer saddled his first ever runner at the Lincolnshire venue when sending Panic Attack across the Irish Sea to win this race 12 months ago.

The daughter of Canford Cliffs was impressive under Paul Townend before subsequently being sold to join David Pipe, for whom she ran in the Champion Bumper at Cheltenham and has since won two hurdle races.

Grangee made a successful start to her career at Galway in October — and like Panic Attack, could be bound for Cheltenham if she can come through Saturday’s assignment in the Alan Swinbank Mares’ Standard Open National Hunt Flat Race.

Patrick Mullins, assistant to his father, said: “Grangee is very petite — and we were worried about the soft ground at Galway, which is a tough track, but she handled it very well.

“She surprised us with how impressive she was in a very strongly-run race, so Willie nominated her for the Champion Bumper at the Cheltenham Festival afterwards.

“We thought this race at Market Rasen would be a nice stepping-stone on the way. Market Rasen is very different to Galway, but we have no reason to think that it won’t suit her.

“Panic Attack was very good in the race last year, and these Listed Mares’ bumpers are very valuable for owners and breeders looking to get some black type, so we’re always on the lookout for those races in England.

“Everyone who was at Market Rasen last year was very complimentary about how it all went.”