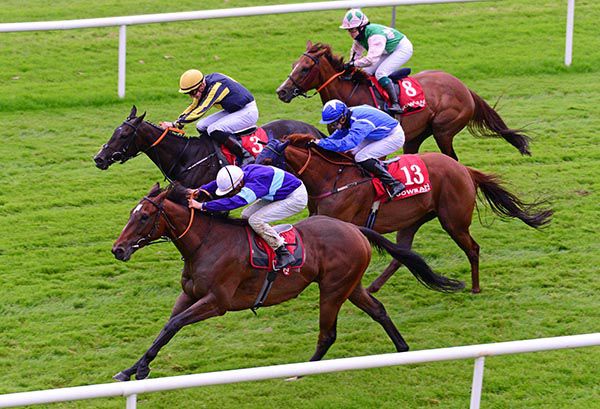 Whelan was on board the son of Shamardal when the pair were an unlucky in-running third at Fairyhouse two starts ago and while Musalsal disappointed at that same Co Meath venue subsequent, today benefitted from a well-timed challenge.

Whelan held Musalsal in mid-division, produced him with his challenge on the stands' side with a furlong and a half to race and in the end the pair stayed on to defeat Lady Arona.

Afterwards Co Limerick based O'Brien stated “I’m delighted for the lads (Musalsal Syndicate) who have had other horses with us and Ronan was brilliant on him. He took his time, the horse went to sleep and it worked out great.

“There was a bit of a question mark about the ground but he appears to handle it, and if he’s happy to settle like that then he could stay further.”