Name comes from last to first under King 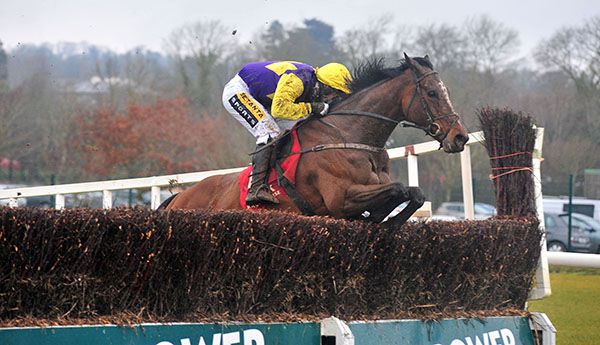 Dual point-to-point winner He Knows My Name recorded her first win on the racecourse proper, as she took the Glenview & Rathbarry Studs Mares Maiden Hunters Chase.

A good second at Downpatrick on her last start, the Keith Watson trained nine-year-old was sent off a 7/2 (touched 5s on-course) chance this afternoon with Johnny King in the saddle.

Settled in rear, the daughter of Kayf Tara began to take closer order from five out, and jumped to the front at the third last.

She was ridden before the last and kept on well on the run-in to see off the renewed challenge of the front-running Cloudy Day by two and a half lengths.

The runner-up was returned a 6/1 chance under Roger Quinlan for Norman Lee, while Tj Goodtimes was a further five and a half lengths back in third at 40/1.

Longhouse Music was sent off the 3/1 favourite and she finished a disappointing fifth.

Marshall Watson, son of the winning trainer, said afterwards: "She ran a blinder at Downpatrick last Sunday but you just have to be patient with her and she has to be switched off. She was very keen in her point to points but loves heavy ground and we'll go for a handicap hurdle next - she is rated 83 over hurdles.

"I'm based in Killylea, Co Armagh so stayed locally with Tom Barry last night to give her a chance so a big thanks to him. It'll take five and a half hours to get home, but it'll feel like two and a half!"