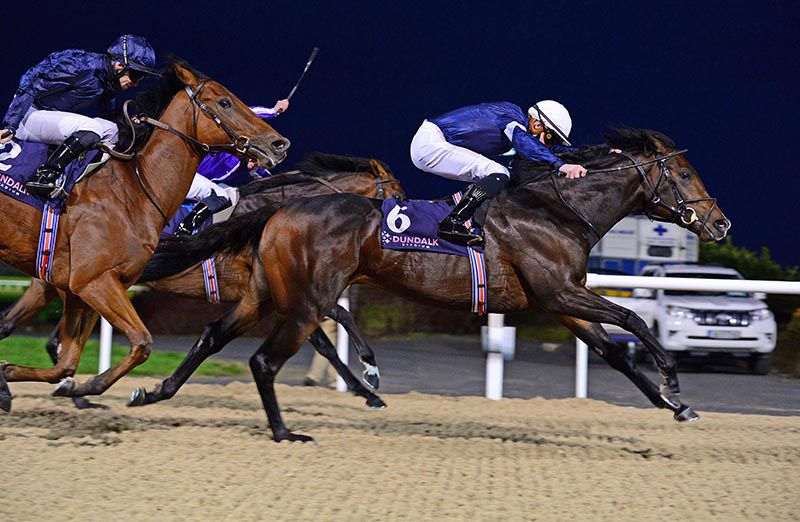 It was Joseph’s father Aidan that supplied the second and third, Jeroboam and Blue Planet. A length and a quarter and three parts of a length separated the trio.

Hype, bred by Gigginstown House Stud, was making the breakthrough at the third attempt and on his first encounter with the polytrack.

“He'll definitely improve into next year. His form is rock solid, the horse that was third behind him last time, Preamble, went and won at Fairyhouse.

“I think he's a nice horse going forward and Shane said he was always just doing enough in front.

“He always knew it would take a fair one to pass him and if something came to him he thought he'd go again.”

A.J. Slattery, rider of Taylored trained by Andrew Slattery, reported to the Clerk of the Scales that his mount was uneasy in the stalls.

C.T. Keane, rider of Zola Sakura trained by G.M.Lyons, reported to the Clerk of the Scales that his mount reared over before being loaded.

The Stewards informed Joseph Patrick O'Brien, trainer that Alessandro Algardi, would have to be recertified before being declared to run from stalls again.